Our Antarctica facts for kids will give you lots of amazing and interesting facts about Antarctica. 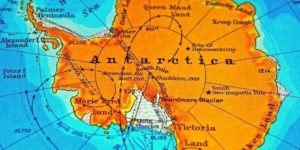 Antarctica is often called “The Frozen Continent”. It means, there are no countriesin Antarctica continent.

Below are our collection of interesting facts about Antarctica. Maybe some of them you will already know but some Antarctica facts will definitely surprise you. So let’s start the amazing journey of continent Antarctica.

FACT #1. Although Antarctica is the emptiest continent of the world as there is no native population and countries,there are seven countries that claim different parts of this continent. There countries are – Argentina, New Zealand, Norway, France, the United Kingdom, Chile, and Australia.

FACT #2.  Before 1840, Antarctica was also known as ‘Terra Australis Incognita’. This is a latin word which means – the unknown land of the south.

FACT #4.  This is one of the interesting Antarctica facts that there are mainly two seasons – winter and summer. In summer there is six months of daylight and in winter six month of darkness.

FACT #5.  As per NASA, in winter the average temperature in Antarctica is – 34.4 Celsius (minus 30 degrees Fahrenheit).

FACT #9.  Antartica continent also plays a vital role in protecting earth from global warming. Ice is known as more reflective than land or water surfaces. Since Antarctica is covered by ice, large amounts of solar radiation reflects away from Earth’s surface.

FACT #10.  When we talk about fresh water, about 70 percent of the planet’s freshwater water is located in Antarctica, and around 90% of the ice on Earth is found in Antarctica.

FACT #11.  Lake Vostok, one of the world’s largest lakes, is located in Antarctica . Lake Vostok is roughly the size of North America’s Lake Ontario, but it is not a lake for sailing boats.

FACT #12.  Emilio Marcos Palma was the first documented person born in January 7, 1978 on the continent of Antarctica.

FACT #15.  Continent with No Time Zone : Antarctica is a continent where there is no timezone.

Research stations follow either the time zone of the country that operates or supplies them, or use the local time of countries located nearby.

FACT #16.  In Antartica, the level of precipitation is very low. That is why Antarctica is classified as a cold desert or icy desert. To clarify more,the term precipitation refers to all forms in which water falls from the atmosphere to Earth.

FACT #17.  Antartica Animal: Due to harsh environment and limited food sources, there are only a few animals that live in Antarctica. Whales, seals, penguins and other birds are the most common animals in the Antarctic.

FACT #18.  Emperor penguins are highly adapted to cold environments and are only penguin species that breed on Antarctica.

FACT #19.  Antarctica is the best place in the world to find meteorites. Do you know why? Because dark meteorites are perfectly visible in the snow and are not even covered by plants.

FACT #20.  One of the coolest Antarctica facts – Walt Disney’s “Eight Below” is set in the extreme wilderness of Antarctica but was filmed in Canada, Greenland and Norway. Also, Happy Feet’s penguins entered the scene as the first computer-animated film entirely set on Antarctica.

Despite the extremely cold conditions, Antarctica is a home to many marine animals. Antarctic animals have adapted to reduce heat loss, often developing warm windproof or waterproof coats and thick fat (or blubber) layers.

Below are some amazing and interesting facts about Antarctica animals.

FACT #1. The frozen continent is home to 17 types of penguins, encluding Emperor penguin, Gentoo penguin, Adelie penguin, Chinstrap penguin. The Emperor Penguin is the largest penguin. It lives on ice packs in Antarctica.

FACT #5.  Ice fish, also called a white fish because their blood is transparent.

Apart from these Antarctica’ animals, there are so few more animals in Antarctica such as Krill, Whale, Salps, Seabed, Squid etc. 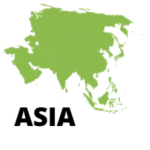 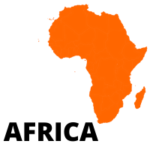 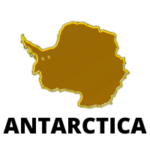 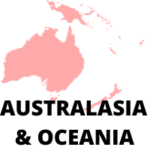 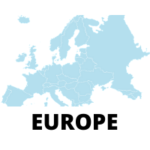 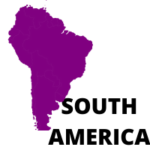 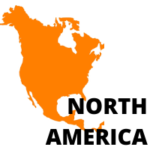