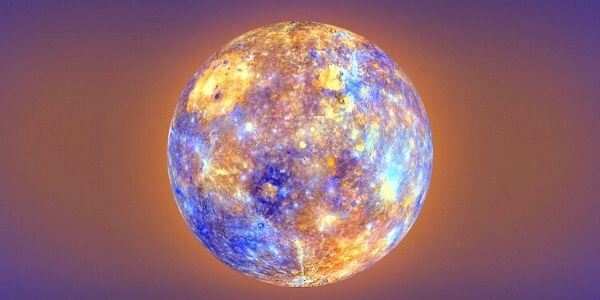 Mercury is the Closest Planet to the sun in the solar system, still, it is the second hottest planet. Venus is the hottest. It is also the Smallest Planet among all eight planets. It is just a little bigger than Earth’s moon. The distance from the sun to mercury is over 35 million miles.

Below, we have prepared a list of best interesting facts about Mercury. Maybe some of them you will already know but some Mercury facts will definitely surprise you. So let’s start the amazing journey of Planet Mercury.

FACT 1. Mercury is named after the messenger of the Roman gods

FACT 2. Mercury does not have any moons or rings.

FACT 5. Mercury only has one sunrise every 180 Earth days!

FACT 7. Mercury has a solid surface covered with craters.

FACT 8. It orbits the sun in only 88 days. That is faster than any other planet because it is the closest planet to the sun and it doesn’t take very long to go all the way around.

FACT 9. The temperature on Mercury during the day is extremely hot. It can reach over 800 degrees F, but at night, temperatures can get extremely cold. It may be – 300 F.

FACT 11. Mercury is the second densest planet after the Earth.

FACT 12. Mercury has a thin atmosphere that is made up of oxygen, sodium, hydrogen, helium, and potassium.

FACT 13. Only two spacecraft have ever visited Mercury named Mariner 10 and MESSENGER.

FACT 14. Only half of Mercury has ever been seen.

Must visit the website of NASA to know more Mercury facts for kids.