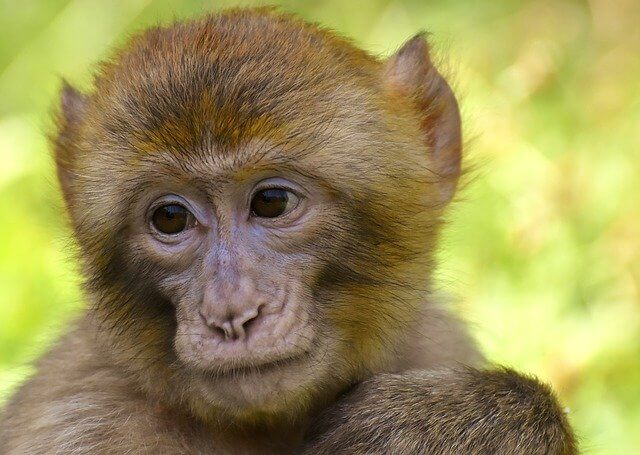 ➤ FACT 1. Monkeys belong to the groups of mammals called primates, which also includes apes and humans.

➤ FACT 2. There are more than 260 species of Monkeys found in the world today.

➤ FACT 3. Monkeys live all over the world and come in various shapes, sizes, and colors. They are separated into two major categories: New World and Old World Monkeys.

➤ FACT 5. They can communicate with each other very effectively by using a variety of calls, signs, and chatter. A few species of monkeys that live alone use scent to communicate.

Some species, like the African vervet monkeys, use different alarm calls for each of their predators like eagles, leopards, and snakes. 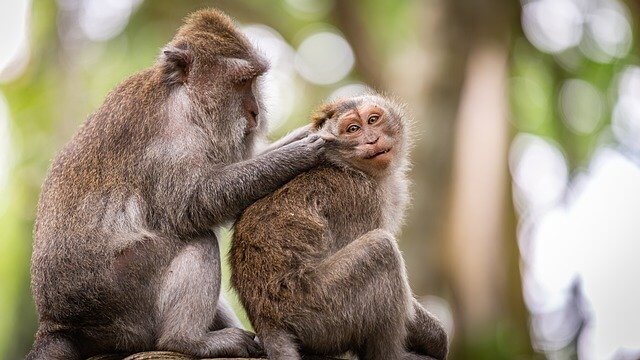 ➤ FACT 7. Monkeys have a very large brain and they are extremely intelligent. Even monkeys can solve the numbers problem.

➤ FACT 8. The great apes are the smartest of all nonhuman primates. The IQ level of Ape is between 70 and 95 on a human scale—100 is considered a “normal” human IQ.

➤ FACT 9. Monkeys are found almost everywhere on Earth, except for Australia and Antarctica.

➤ FACT 10. The world’s smallest monkey is the pygmy marmoset. It weighs only around 4 ounces (113 grams) and is only around 5 inches (12.7 centimeters) tall.

➤ FACT 13. As monkeys are omnivores, so most monkeys eat plant parts like fruits, seeds, and flowers but some monkeys eat meat like bird’s eggs, insects and spiders.

➤ FACT 14.  According to NASA the first living organism in space was a Rhesus monkey named Albert I.  a V-2 Blossom launched into space from White Sands, New Mexico on June 11, 1948.

Hope you enjoyed the monkey facts for kids.