Earth, our home planet, the third planet from the sun, is the only place in the known universe inhabited by living things. Our Earth facts for kids will give you lots of unique and interesting facts about our home planet. 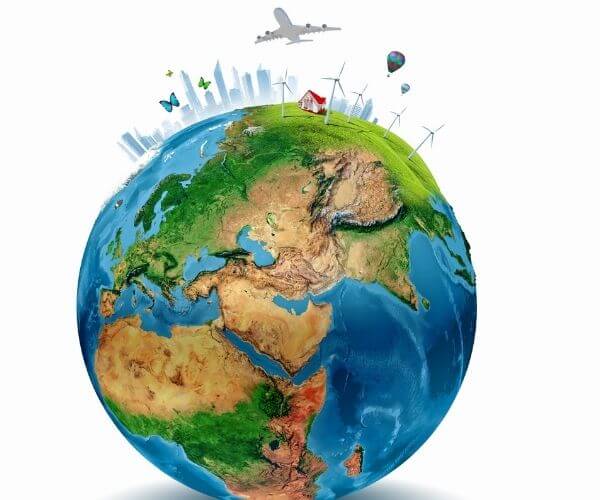 Planet Earth is also known as the ‘Blue Planet’ because of the two-thirds of its surface is covered by saltwater oceans.

Below, we have prepared a list of best interesting facts about Earth. Maybe some of them you will already know but some Earth facts for kids will definitely surprise you. So let’s start the amazing journey of our home planet.

FACT 1. The name Earth is a German word, which simply means the ground. It comes from the Old English words ‘eor(th)e’ and ‘ertha‘. In German it is ‘erde’.

FACT 2. Earth is the only planet not named after a god.

FACT 6. The Earth’s path around the Sun is called its orbit

FACT 7. Earth is at an average distance of about 93 million miles (150 million km) from the sun.

FACT 8. Earth has one moon but NO rings.

FACT 9. As Earth is one of the four terrestrial planets, its surface is made up of the solid and dynamic surface of mountains, canyons, plains and more.

FACT 10. Earth as being made up of a number of layers i.e (Earth’s layer): the crust, mantle, outer core, and inner core.

FACT 11. We live on the thin outer layer of the Earth that is Crust

FACT 12. The inner core of the Earth is hotter than the surface of the Sun

FACT 13. The atmosphere of Earth (layers of the atmosphere) has 78 percent nitrogen, 21 percent oxygen and 1 percent other ingredients—that makes it possible for living things to breathe easily and survive.

FACT 16. Earth shape is not a perfect sphere, because the middle of the Earth or the equator bulges out slightly due to the spin of the Earth.

FACT 17. Earth has seasons because its axis is tilted.