Must Read Books For Kids

Since we are all stranded in our home due to the coronovirus pandemic (COVID-19), there is neither school nor going out to play.

So I’m sure you all must have been bored at some point. Let’s do something that ends our boredom and does not even go out.

Why don’t we do something that makes our brains and intentions very powerful. You can also save some photos of motivational quotes for you. 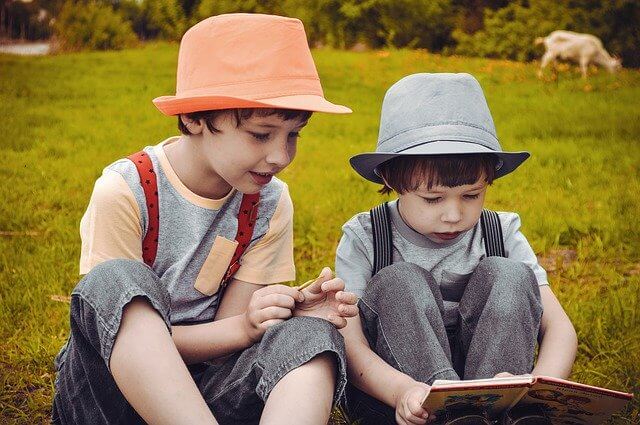 Do you know? Just as we take multivitamins or various nutrients to make our body strong and healthy, similarly our brain also needs nutrients to keep it healthy, powerful and positive. Now you must be wondering what is the medicine that makes our mind positive and powerful.

According to the research of Dr. Anders Ericsson, motivation is the most significant predictor of success. Why is the relationship between motivation and success so strong? . He answered the above question by saying that ‘because high motivation will ensure total preparation, which in turn, will ensure maximum performance and results. [PsychologyToday]

I am going to tell you about 12 top must read books for kids. Along with this, you can also read the short description of each inspiring must read books.

One of the best must read books – August (Auggie) Pullman was born with a severe facial difference that, up until now, has prevented him from going to a mainstream school. 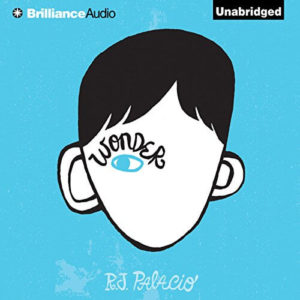 Starting 5th grade at Beecher Prep, Auggie wants nothing more than to be treated as an ordinary kid—but his new classmates can’t get past his extraordinary face.

Wonder begins from Auggie’s point of view, but soon switches to include the perspectives of his classmates, his sister, her boyfriend, and others.

These voices converge to portray a community as it struggles with differences, and challenges readers, both young and old, to wonder about the true nature of empathy, compassion, acceptance, friendship, and ultimately—kindness.

Auggie is a hero for the ages, one who proves that you can’t blend in when you were born to stand out.

Wonder has been a New York Times bestseller for over 5 years in a row (with over 140 weeks as #1). It’s received numerous national and international awards, including being one of Time magazines 100 Best Young Adult Books of All Time (January, 2015), and USA Today’s Top 100 bestsellers. [source]

I Am Malala: How One Girl Stood Up for Education and Changed the World by Malala Yousafzai with Patricia McCormick

Malala Yousafzai was only ten years old when the Taliban took control of her region. They said music was a crime. They said women weren’t allowed to go to the market. They said girls couldn’t go to school.

Raised in a once-peaceful area of Pakistan transformed by terrorism, Malala was taught to stand up for what she believes.

So she fought for her right to be educated. And on October 9, 2012, she nearly lost her life for the cause: She was shot point-blank while riding the bus on her way home from school.

No one expected her to survive.

Now Malala is an international symbol of peaceful protest and the youngest ever Nobel Peace Prize winner.

In this Young Readers Edition of her bestselling memoir, which has been reimagined specifically for a younger audience and includes exclusive photos and material, we hear firsthand the remarkable story of a girl who knew from a young age that she wanted to change the world — and did.

Malala’s powerful story will open your eyes to another world and will make you believe in hope, truth, miracles and the possibility that one person — one young person — can inspire change in her community and beyond. [source]

Twelve-year-old Catherine just wants a normal life. Which is near impossible when you have a brother with autism and a family that revolves around his disability.

She’s spent years trying to teach David the rules-from “a peach is not a funny-looking apple” to “keep your pants on in public”-in order to stop his embarrassing behaviors.

But the summer Catherine meets Jason, a paraplegic boy, and Kristi, the next-door friend she’s always wished for, it’s her own shocking behavior that turns everything upside down and forces her to ask: What is normal? [source]

Katerina has a dream. It’s her papa’s dream, too. Her family came to America to buy their own farm. But a year later, Papa is still working in the dangerous coal mine. Each day, the farm seems farther away.

Then Katerina is reminded of the carp that granted three wishes in an old folktale. When her younger sisters hear the story, they immediately make wishes. Trina doesn’t believe in such silliness—but what is she to think when her sisters’ wishes come true?

A farm is still too big to wish for. But, with the help of the neighbor’s handsome son, Trina starts building her dream with hard work and good sense. Then tragedy strikes, and it seems that nothing Trina wishes for will ever come true again.

With warmth and gentle humor, Jeannie Mobley tells the story of a girl whose determination is as inspiring as her dreams. [source]

Alone in her room at night, shy Rosie constructs great inventions from odds and ends. Hot dog dispensers, helium pants, python-repelling cheese hats: Rosie’s gizmos would astound—if she ever let anyone see them.

Afraid of failure, she hides them away under her bed. Until a fateful visit from her great-great-aunt Rose (AKA Rosie the Riveter!), who shows her that the first flop isn’t something to fear—it’s something to celebrate. And you can only truly fail, if you quit. [source]

Matilda is a sweet, exceptional young girl, but her parents think she’s just a nuisance. She expects school to be different but there she has to face Miss Trunchbull, a kid-hating terror of a headmistress.

When Matilda is attacked by the Trunchbull she suddenly discovers she has a remarkable power with which to fight back. It’ll take a superhuman genius to give Miss Trunchbull what she deserves and Matilda may be just the one to do it! [source]

The Dot by Peter H. Reynolds

Vashti thinks she can draw, but her journey of self discovery and expression is an enchanting invitation to everyone to explore his or her own creative spirit. [source]

Fish in a Tree by Lynda Mullaly Hunt

Ally has been smart enough to fool a lot of smart people. Every time she lands in a new school, she is able to hide her inability to read by creating clever yet disruptive distractions.

She is afraid to ask for help; after all, how can you cure dumb?

However, her newest teacher Mr. Daniels sees the bright, creative kid underneath the trouble maker. With his help, Ally learns not to be so hard on herself and that dyslexia is nothing to be ashamed of.

As her confidence grows, Ally feels free to be herself and the world starts opening up with possibilities. She discovers that there’s a lot more to her—and to everyone—than a label, and that great minds don’t always think alike. [source]

And then she started school. “I’m named after my grandmother,” said Victoria. “You’re named after a flower.” Chrysanthemum wilted. Life at school didn’t improve. In fact, it got worse.

Then the students were introduced to their music teacher, Mrs. Twinkle. Mrs. Delphinium Twinkle. And suddenly, Chrysanthemum blossomed…[source]

The Little Engine That Could by Watty Piper

The story of a train filled with toys and gifts for little boys and girls that breaks down before reaching the children.

After asking several passing trains for help over the hill, a little blue train agrees to help the stranded toys. Even though she is small, the blue train tries her best to bring the toys to the children on the other side of the hill….[source]

Molly Lou Melon is short and clumsy, has buck teeth, and has a voice that sounds like a bullfrog being squeezed by a boa constrictor.

She doesn’t mind. Her grandmother has always told her to walk proud, smile big, and sing loud, and she takes that advice to heart.

But then Molly Lou has to start in a new school. A horrible bully picks on her on the very first day, but Molly Lou Melon knows just what to do about that. ….[source]

The Girl Who Never Made Mistakes by Mark Pett, Gary Rubinstein

From the award-winning children’s book author Mark Pett: The Girl Who Never Made Mistakes is the perfect find for parents looking for teacher gifts or award winning children’s books for their own collections. This book teaches growth mindset in a fun way, in the spirit of Your Fantastic Elastic Brain and Beautiful Oops. Like the little heroes in Rosie Revere Engineer, Most Magnificent Thing, and The Day the Crayons Quit, little Beatrice Bottomwell is an inspiration for kids who dream big…..[source]