Bison Facts For Kids - Some interesting facts about bison for kids

➤ FACT 1. The American bison has been named the first national mammal of the United States when President Barack Obama signed the National Bison Legacy Act into law on May 9, 2016, according to the U.S. Department of the Interior.

➤ FACT 4. The group of Bison is called Herd.

➤ FACT 5. As Bison are Herbivorous, they eat grasses, herbs, shrubs, and twigs.

➤ FACT 6. Both males and female bison have horns. 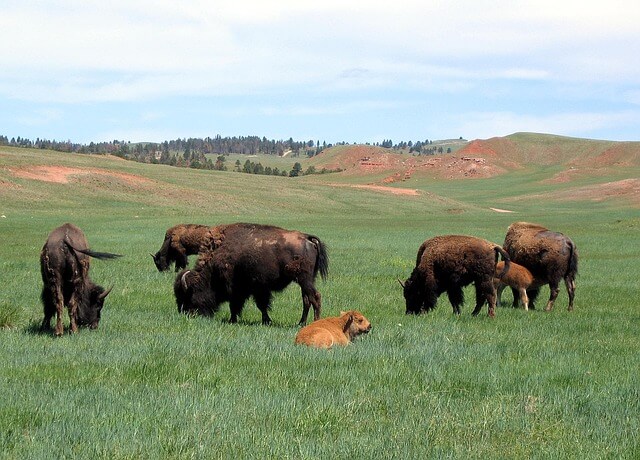 ➤ FACT 7. Bison are the largest mammal in North America. Male is called bull and females are called cows. 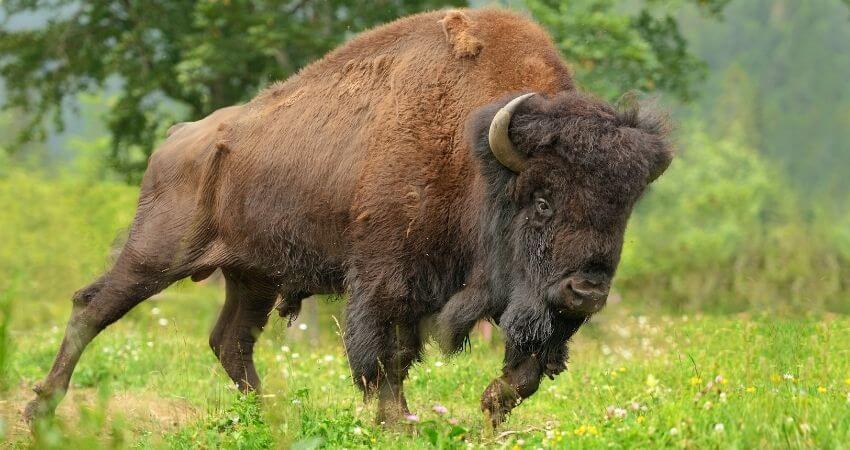 ➤ FACT 11. They are typically brown in color. We can find a white bison rarely.

➤ FACT 12. Bison can run very fast up to 40 mph, according to the Encyclopedia Britannica.

➤ FACT 13. Bison can jump as high as 6 vertical feet as well as can spin around quickly.

➤ FACT 14. A bison’s coat is so thick and insulating that snow can cover it without melting, says National Geographic.

➤ FACT 15. It says by people that when a bison’s tail sticks straight up that means the animal is very angry.

I hope you liked the bison facts for kids.