Let’s learn some interesting facts about Oxygen. Oxygen plays an essential role in the lives of humans and other living organisms.

Simply we can say that we can’t survive without Oxygen. We find it everywhere such as in the air we breathe, the water we drink, and the food we eat. 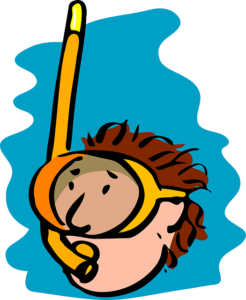 Fact #1. Oxygen was discovered in 1774 by Joseph Priestley in England.

Fact #3. Oxygen is a Greek word, “oxy” meaning acid and “genes” meaning forming. The name of the element was given by the French scientist, Antoine Lavoisier.

Fact #4. Oxygen is a colorless, odorless and tasteless element but is vital to all living things; even undersea creatures need oxygen.

Fact #6. Our planet has had oxygen on it for the last 2.4 billion years.

Fact #8. Oxygen is the third most abundant element in the universe.

Fact #12. The oxygen that is present in the air is due to photosynthesis. Without plants, there would be very little oxygen in the air.

Fact #13. A mature leafy tree produces as much oxygen in a season as 10 people inhale in a year.

Fact #14. Oxygen is an element that can be a solid, liquid or gas depending on its temperature and pressure.

Fact #16. Oxygen itself never burns. It only supports the burning of other substance however pure oxygen itself does not burn. Just think, what would happen if oxygen could burn? A single matchstick will burn down all the oxygen present in our atmosphere. More about oxygen facts.