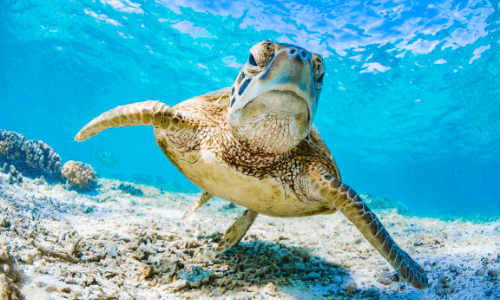 Let’s find out some interesting and fascinating Sea turtle facts that will make you love them even more. If you also love these cutie pie like me, then you are Welcome to Sea Turtle Week 2020.

What is Sea Turtle

All the six sea turtle are found in every ocean except the Arctic and Antarctic. The seventh, the flatback sea turtle, lives only in the waters around Australia. 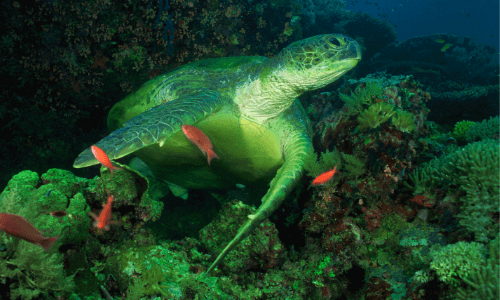 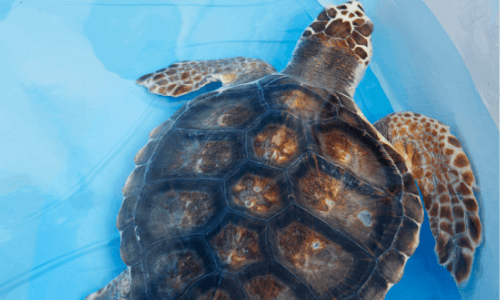 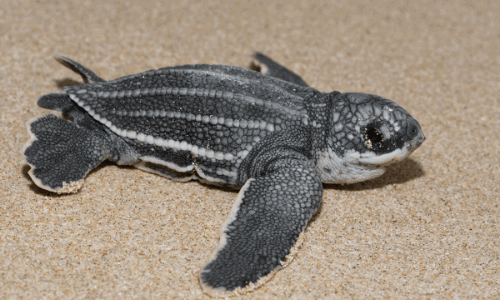 Scientific Name: Dermochelys coriacea
Status: Endangered
Size: 9-12 feet long and weighs up to 2,000 lbs..
Diet: Jellyfish
Range: Worldwide in all oceans, prefer deeper oceans. They can dive up to 4,000 feet to feed on jellyfish. 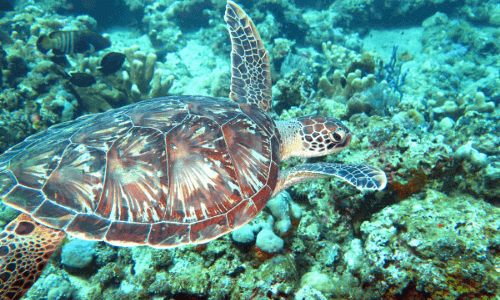 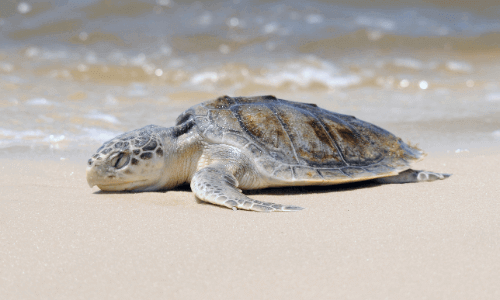 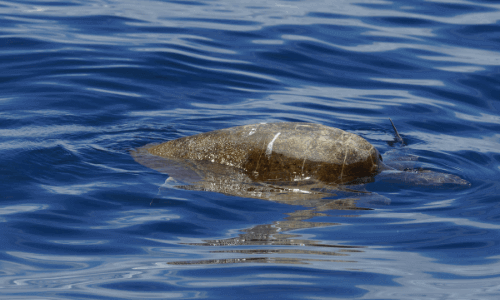 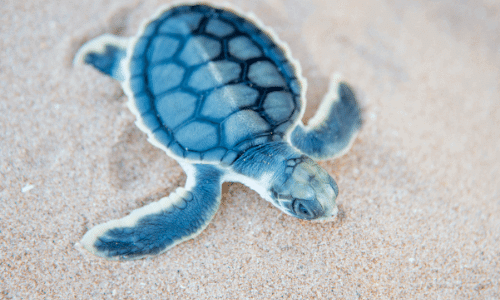 FACT 1. Sea Turtle is one of the oldest reptile groups on the planet. It is a more ancient group than lizards, snakes or crocodiles.There are more than 300 species of turtle throughout the world.

FACT 2. Six of the seven species of sea turtles are threatened or endangered at the hand of humans.

FACT 3. Turtles don’t live on Antarctica. Most of the turtle species have been found in southeastern North America and South Asia.

FACT 4. Male turtles always live in the ocean. They never come out of the ocean while females visit ashore to lay their eggs on sandy beaches during the nesting season. Females lay between two and six clutches of eggs and each contains 70 to 180 eggs.

FACT 5.  Turtles don’t have outer ears but they do have ears and can still perceive some sounds and vibrations to some extent. Their vision is much better than their hearing.

FACT 6. The first vertebrates to reach the moon were a pair of tortoises. In 1968, Soviet Zond 5 sent two tortoises into space to test a space vehicle. They were in space for one week and returned safely to earth. They had lost about 10 percent of their body weight, but they remained active and showed no loss of appetite, according to NASA.

FACT 7. While turtles are famous for being able to pull their head and flippers inside of their shells, Sea turtles don’t retract into their shells. 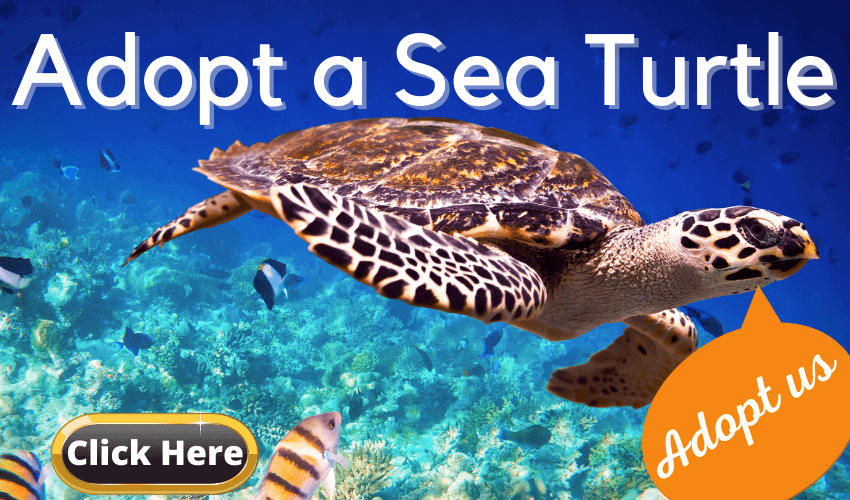 FACT 9. Turtle’s shell is made up of over 50 bones which include the turtle’s rib cage and spine. The outer layers are called scutes that are made of keratin. Turtle shells have nerves and a blood supply so if they get injured it can hurt and bleed.

FACT 10. Turtle food depends on their environment in which they live. Land-dwelling turtles eat beetles, fruit and grass, whereas sea dwellers eat algae, squid and jellyfish etc. Many baby turtles start life as carnivores but grow to eat more plants as they mature.

FACT 11.  The Most Dangerous Turtle – The Alligator Snapping Turtle is the most dangerous turtle of the world. They are carnivores. To get their food, they keep their mouths open and lie down on the bottom of a riverbed. Then, they shake their tongues looking like insects, which attract the fish to come into their mouths!

FACT 13. The Largest Sea Turtle – The leatherback sea turtle is the largest turtle in the world. It weighs between 550 and 2,000 pounds with lengths of up to six feet. The U.S. federal government has listed the leatherback as endangered worldwide.

FACT 14.  The Smallest Turtle – Chersobius signatus is the smallest turtle in the world. Locally, this species is commonly known as the speckled padloper and internationally as the speckled Cape tortoise.

FACT 15. Hatchlings have a special tooth. Turtles don’t have teeth. Many are born with a special tooth called a “caruncle” or “egg tooth” that helps them get out of their shell when they are ready to hatch. 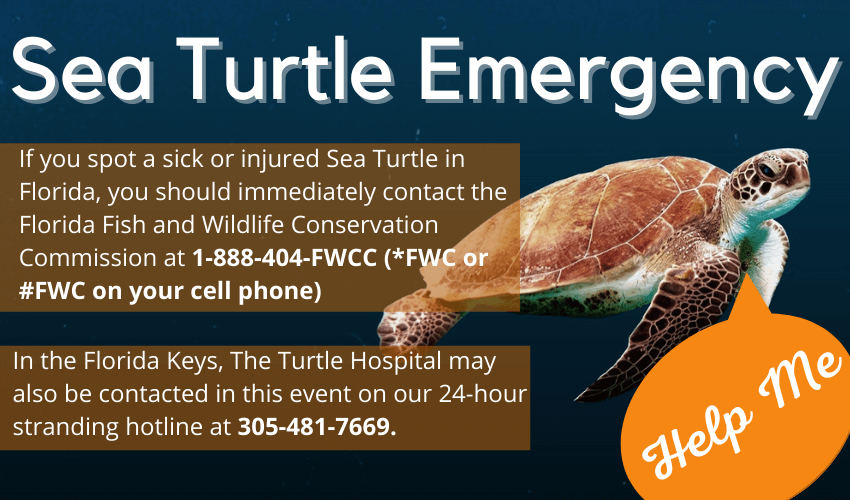 2. How long have turtles been on the earth?
A. About 230 million years

3. Where do turtles live?
A. Almost everywhere. In 230 million years, they have evolved to utilize very different habitats. They live everywhere on earth except the Arctic and Antarctic. The following examples will give you an idea of the different habitats:

The Desert Tortoise lives in a hot, arid environment, eats grasses, and has stumpy feet with toes that are not webbed.

The Malayan Box Turtle lives in a hot, humid, aquatic environment, eats everything, (plants, fish, snails, worms, etc.) that it finds in the water, and has webbed feet.

The Diamondback Terrapin live in brackish (slightly salty) lowland coastal waters of the eastern and southern United States has fully webbed feet and stays in the water most of the time. It eats crayfish, snails, fish, insects and worms. There are a variety of Sea Turtles that stay in the ocean all the time, coming ashore only to lay eggs. They have flippers. They travel all over the world.

4. Do all turtles have shells?
A. Yes but not all the same kind. All turtles have some type of shell, but there are big differences in the protection those shells provide. Some turtles, such as the American and Asian box turtles, have a hinge on the lower shell which allows them to go inside their shells and then close up the “doors,” front and rear.

The American mud and musk turtles also have hinges, but can’t completely close up. Aquatics such as the painteds, cooters, sliders and map turtles have large protective shells, but no hinges. Flesh is exposed, front and rear, even when the turtles are completely tucked in.

The Snapping Turtles are not very well protected by their shells. The lower shell in particular is tiny and doesn’t begin to cover the animal. They are shy, not inclined to look for trouble, but if threatened, they will put up a fierce fight.

The Softshell Turtles have leathery shells, a type of thick skin rather than the hard scutes that other turtles have. They stay hidden in water most of the time, and use camouflage for protection. They are also quick to bite if necessary.

5. Can turtles take off their shells?
A. No. The turtle’s outer shell is made of a thin layer of keratin, like your fingernails. But underneath that layer, there is a layer of bony plates that give the shell its shape.

Information Sources: I have collected the sea turtle facts from the different sites including the following.
wikipedia.org/wiki/Sea_turtle
www.natgeokids.com
iomenvis.nic.in