“Let’s learn about some of the most commonly used methods of separation such as handpicking, sieving, evaporation, filtration, magnetic separation, distillation, sedimentation & decantation, floatation.”

When the particles in the mixture are relatively large and visibly different, they can be separated by handpicking.

How would you separate the mixture of pom-pom in the picture below into the different colors?

If we have large amounts of materials, mostly of different sizes, it isn’t easy to separate them by handpicking. In this case, we can sieve the mixture. The smaller particles of the mixture will pass through the pores of the sieve while the bigger particles stay behind.

A sieve is a method of separation by which the particles are separated based on their sizes. 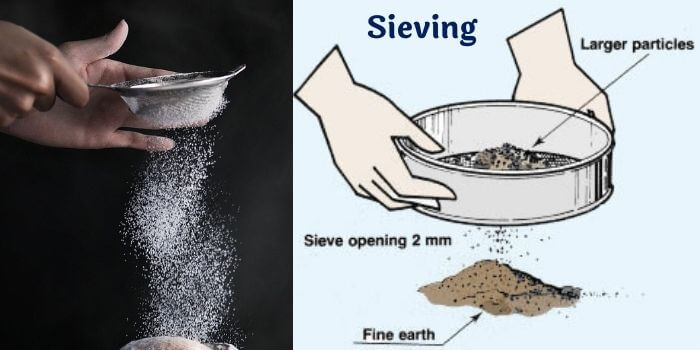 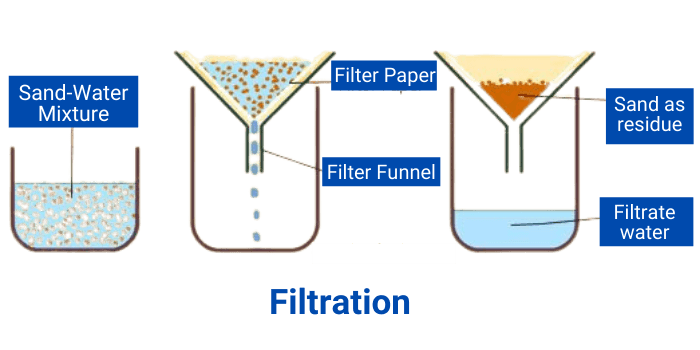 Filtration is one of the most common methods of separation. Filtration can be used to separate the insoluble solid from the liquid using a filter.

The diagram above shows how insoluble particles (sand) can be separated from the water with the help of filtration. 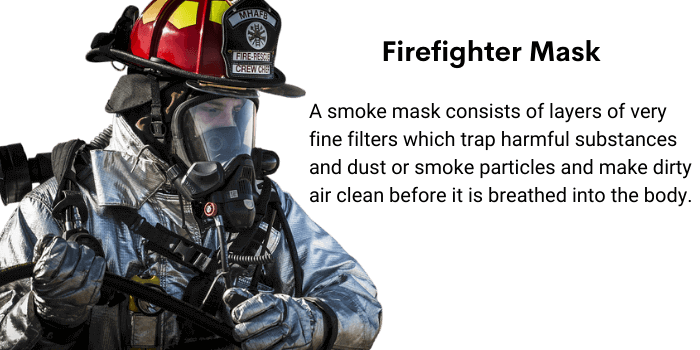 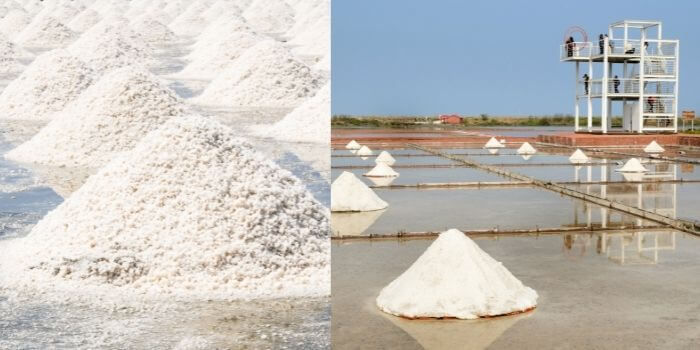 Evaporation is used to separate a solid that has dissolved in a liquid solution. In evaporation, the solution is heated or left uncovered until all the liquid evaporates, where it turns into a gas and leaves the solid residue behind.

Getting salt from ocean water is an example of evaporation. When ocean water is allowed to stand in shallow pits, water gets heated by the sunlight and gradually turns into water vapor through evaporation. Once the water is fully evaporated, it leaves behind solid salts. After further purification treatment, we get the salt that we use to eat. 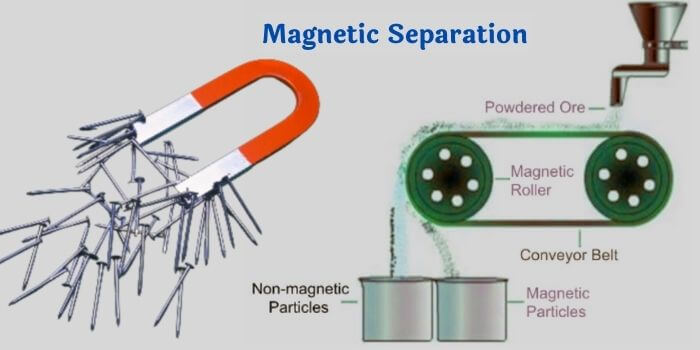 Magnetic attraction is used to separate magnetic material from a mixture of other substances. When a magnet is stirred through the mixture, it pulls out the magnetic elements from the mixture. Also Read: How Do Magnets Work?

Distillation is a method for separating the solvent from a solution. It separates one substance from another by evaporation followed by condensation. The apparatus used in this separating method is called a still.

For example, if you want to separate pure water from a salt solution, you can use a simple distillation method.

This way, salt, and water get separated by a simple distillation method.

To perform simple distillation, the difference between the two components must be greater than 25 degrees celsius. 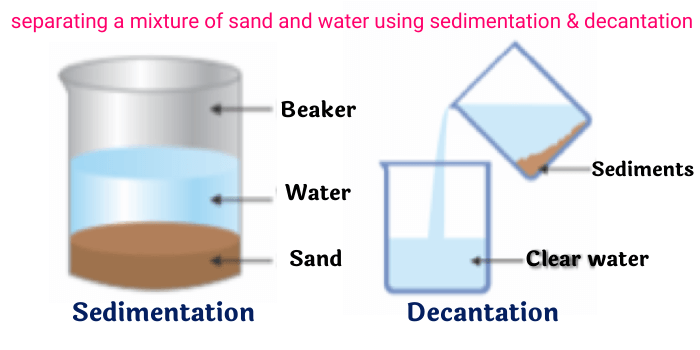 Sedimentation is a solid-liquid separation technique in which insoluble heavy solid particles in a liquid are allowed to settle down at the bottom of the surface.

Decantation is the process of separating the clear liquid obtained after sedimentation without disturbing the settled particles.

For example, take a mixture of sand and water in a beaker and leave it undisturbed for a while. After some time you will notice that sand settles at the bottom of the beaker. Now pour the water slowly and gently into another container without disturbing the settled particles.

When the solid particles settle down it is called sedimentation.
When you gently pour out the clean liquid after sedimentation is called decantation.

Floatation is a solid-liquid separation technique. It separates solids that float from the remaining liquid in a mixture.

If we stir the mixture, then the lighter substances float at the top. Lightweight materials which are floating at the top can be removed separately and put into a different container.

Test your Knowledge on Methods of Separation! 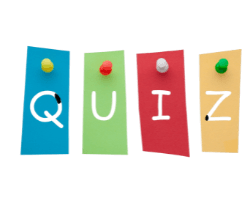