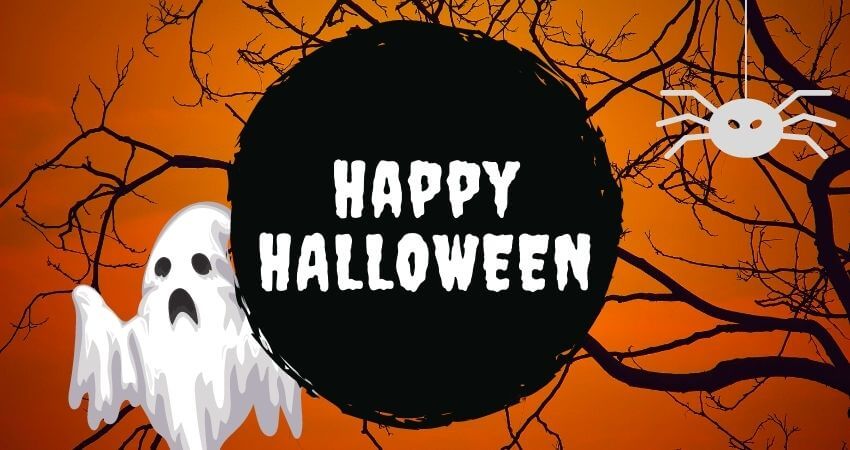 Ever wonder why Halloween is called “Halloween”? Why do we celebrate Halloween or why do we go trick-or-treating? Where did Halloween originate from and why do we wear costumes? Below are the Halloween trivia and interesting facts about Halloween for kids.

Halloween is one of the most popular holidays in many countries which is celebrated each year on October 31. Halloween or Hallowe’en also known as Allhalloween, All Hallows’ Eve, All Saints’ Eve, Witches Night, Lamswool, Snap-Apple Night, Samhain, and Summer’s End.

Black, orange, brown and gold are the colors of Halloween. It is said that the orange color represents the fall season and fall harvest. It is also a symbol of strength. The black color represents death and darkness. Brown and Gold colors also represent harvest.

Why is Halloween Called Halloween?

The evening before the All Saints’ ( or All Hallows’ ) Day, it was called All Hallows’ Eve. Later on, with time, it changed into Halloween.

How Did Halloween Start?

Halloween started in Europe over 2,000 years ago. A group of people called “Celts” lived there. On the last day of October, they celebrated the end of the harvest with a holiday named Samhain (pronounced as SAH-wen). There was a belief that it was a day when ghosts came and destroyed crops.

During Samhain, people would put out food and drinks in front of their homes for the spirits to make them happy. People wore masks and costumes when they left their homes after dark, so the spirit would think they were fellow spirits.

What is TRICK OR TREAT?

There is a belief that the Trick or Treat idea developed in the 16th century during the Celtic festival of Samhain. During Samhain, people would go guising. Guising is going door-to-door in fancy costumes, often with a mask, singing songs in exchange for food.

Trick-or-treating became popular in the United States in the 1930s.

FACT 2 – It is believed that if you see a spider on Halloween, it is the spirit of a loved one watching over you.

FACT 3 – Did you know that some people celebrate the night before Halloween? Yes, they celebrate October 30th as “Mischief Night”. Mischief Night has also been called Goosey Night, Cabbage Night, Devil’s Night.

FACT 4 – Samhainophobia is the fear of Halloween

FACT 5 – Halloween was brought to the US by Irish and Scottish immigrants during the late 18th century to the early 19th century.

FACT 6 – Halloween is the sixth most popular card-giving holiday. About 20 million Halloween cards are sent each year.

FACT 7 – A famous magician Harry Houdini died on Halloween night in 1926. His death was caused by appendicitis, which was brought on by 3 blows to the stomach he took during one of his acts.

FACT 8 – Halloween is the second-most commercial American holiday of the year.

FACT 9 – Americans spend an estimated $6 billion on Halloween annually, including candy, costumes, and decorations, according to History.com. (The most commercial holiday in the U.S. is obviously Christmas.)

FACT 10 – There’s a $1,000 fine for using or selling Silly String in Hollywood on Halloween. (source: businessinsider.com)

FACT 11 – The largest Halloween parade is held in Greenwich Village located in Manhattan, New York. The parade’s most signature features are its large puppets which are animated by hundreds of volunteers. 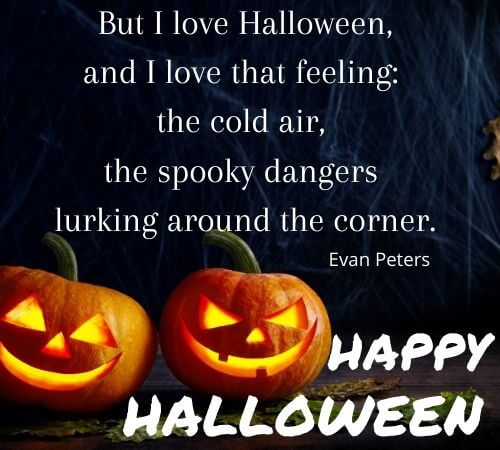 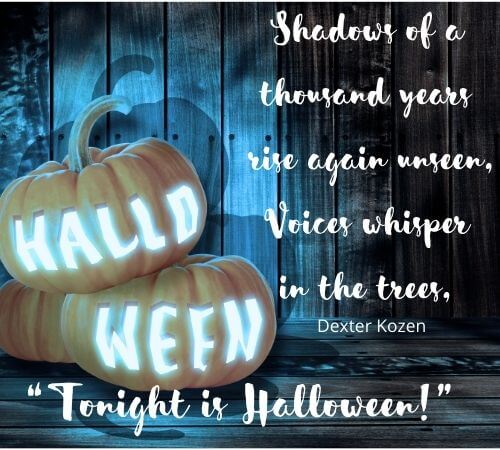 Tonight, is your chance to make all your scary dreams come true. Become the monster and scare someone because tonight it’s all fun. Happy Halloween!

Tonight, I am wishing you an unforgettable Halloween adventure filled with creepy memories and deadly encounters. Happy Halloween!

The dead are waiting. Prepare your pumpkin mask and dress up like a witch for tonight we dine in hell! Happy Halloween!

What’s special about Halloween if you are not scared and frightened like a chicken. Hope tonight will be so full of creepy experiences for you! Happy Halloween!

Stay alert and stay safe. Don’t let the dead hunt you down. Wishing you a happy Halloween this year. I’ll be waiting for you with many sweet candies.

Wherever you go, whatever you do tonight, try not to be alone for once. Because the bad spirits hunt the loner first! Happy Halloween!

Don’t be late to get the candies because when the monsters appear, candies disappear. Happy Halloween!